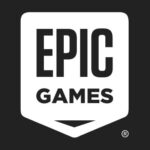 Founded in 1991, Epic Games is a leading interactive entertainment company and provider of 3D engine technology. Epic operates Fortnite, one of the world’s largest games with over 350 million accounts and 2.5 billion friend connections. Epic also develops Unreal Engine, which powers the world’s leading games and is also adopted across industries such as film and television, architecture, automotive, manufacturing, and simulation. Through Unreal Engine, Epic Games Store, and Epic Online Services, Epic provides an end-to-end digital ecosystem for developers and creators to build, distribute, and operate games and other content. Epic has over 40 offices worldwide with headquarters in Cary, North Carolina.

Psyonix is a video game developer best known for Rocket League, the award-winning game that combines soccer, driving, and highly competitive and addictive gameplay. As part of the Epic Games family, we are an industry-leading game studio rooted in a crunch-free philosophy that emphasizes an amazing employee experience, located in the heart of San Diego. For nearly 20 years, we have been a driving force behind some of the most successful games in the industry, including Gears of War, Mass Effect 3, XCOM: Enemy Unknown, Bulletstorm, Unreal Tournament III and Unreal Tournament 2004.

Be a First Reviewer